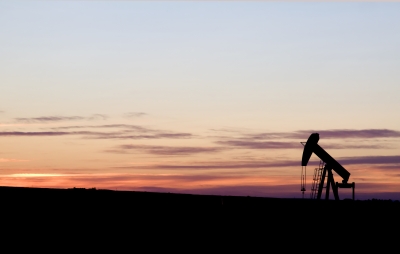 An oil exploration company has secured the mineral rights for three potential wells located in the southwest corner of the city, approximately 1.5 kms (‘as the crow flies’) from the Sunridge neighbourhood. At City Council on Monday (September 16th), Council reiterated its position that we do not support oil and gas exploration or drilling within our boundary. Council argues that the oil infrastructure - the three wells and the potential pipeline(s) - will be with us a long time, which will sterilize the usability of those lands for future urban planning and development. As such, Council believes that we must continue to speak out against the potential drilling within city limits.

However - and this is a key point everyone needs to know - the City of Lethbridge has absolutely no say into whether or not the drilling goes ahead. In fact, no urban or rural municipal council in Alberta gets to vote, either for or against, oil and gas exploration within their municipal boundary. The decision to drill in urban centres is purely the jurisdiction of the Alberta Energy Regulator (AER) and the Government of Alberta.  The City of Lethbridge is only considered to be an “interested party” to the drilling activity, and the company involved has no obligation to hold a public hearing just because we call for one. This is the normal course of business in oil and gas exploration in Alberta.

On a personal level, I believe that urban drilling is contrary to the welfare and interests of our community as it has the potential to adversely affect the social, economic and natural environments we are charged to protect. My personal concerns also include the cumulative effects that urban drilling and the intensive hydraulic fracturing across the river could have upon our community; everything seems to be ‘upriver’ (of our water treatment plant) and ‘upwind’ (of residents). However, as stated above, City Council has no jurisdiction or legislative tools to respond to the issue of well sites in city limits. So what can we do?

Prudent management by Council should be to undertake a risk assessment of the activity, to determine the impact - thus the risk - of urban drilling. At the same time, a risk assessment focused on urban drilling could expose such things as the strengths and weaknesses of our emergency management programs, the level of service (existing and required) for fire or police response to well-site situations or transportation spills, and the interactions between the well sites, our citizens and our environment. Another option could be for a community gathering, to put our collective energies and talents together to discuss options.

As a resident of Lethbridge, there are avenues through which you can participate:

Ultimately, if drilling in Lethbridge isn’t something we can stop, then our objective should be to create a workable plan for the AER to use as the guide for this company. Perhaps this is a way to create respect for residents and our community.

Throughout all of this, I will continue to push for municipal participation in the process of awarding drilling permits within urban settings. If re-elected, I will carry the movement forward to the next Council, recommending additional actions, such as a resolution to the Alberta Urban Municipality Association calling for municipalities to have intervention status in these decisions. This is not just about drilling in the City, it’s also about respecting local democracy and local government.

To express your opinions or concerns with the AER, you must file a Statement of Concern, which you will find here. This will take some time, but it is the process required to identify your concerns regarding a company’s activities or development.

Here’s a Canadian Press article that outlines the issue.

People who are anti-drilling and anti-pipelines have their reasons. I know that. But, they are sort of saying that they do not want my grandson to have electricity and gas for his car when he emerges as an adult in 20 years or so. We need this energy until a cleaner more efficient generating alternative emerges. We have thousands of miles of natural gas lines in the ground. Far exceeds any oil pipeline.
Respectfully and good luck to you