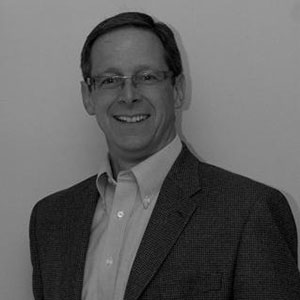 The late comedian, George Carlin, once said that the "meaning of life seems to be about trying to find a place to put my stuff." His "Stuff" routine really emphasized the significance - or insignificance - of 'stuff' in our lives. City Council is the steward of your 'stuff' within the City of Lethbridge Corporation. We approve two budgets of stuff: an operating budget and a capital budget. The Operating Budget is the 'doing stuff' budget, the day-to-day receipts and expenses of running the Corporation. City Council approved the 2012-2014 'doing stuff' budget in December 2011. Meanwhile, the 10-year Capital Budget - called the Capital Improvement Program, or CIP for short - is our 'building stuff' budget, your investment into major infrastructure projects, such as roadways, utility upgrades and facilities. City Council approved the 'building stuff' budget on June 10th of this year. Seperating the 'doing stuff' budget from the 'building stuff' budget is a normal corporate practice; there is no issue with that. However, the fact that Council deliberates these two budgets at different times, nearly 2 years apart, is a problem given that the stuff we build and the stuff we do are inextricably linked.

When Council agrees to build stuff, there is a cost to operating or maintaining that stuff. You can not expand the water treatment plant to meet growing water demand, then not expect to have additional costs associated with the expanded facility. The same goes with roads. Each new kilometer of road has yearly costs to keep it maintained, such as fixing pot holes or cracks, line painting, plowing, and even policing. Since building stuff impacts the cost of doing stuff, the Corporation considers the CIP as the beginning of the budget process, because our Treasurer now knows what additional 'doing stuff' costs will put pressure on the 2015-2017 operating budget.

Meanwhile, each 'doing stuff' budget includes dedicated funds for 'building stuff' through the Pay-As-You-Go (PAYG) Program. PAYG (or, in context here, the Pay-For-Building-Stuff-As-You-Go) is a tax-funded program whereby a "fixed amount is included in the operating budget to fund tax supported debt payments and projects [...] that are recurring, are of relatively small scale, or are for short-lived improvements" (2012-2014 Operating Budget, pg 13). So, when Council approves the 'doing stuff' budget, tax money is already included for some 'building stuff'.

The problem with this 'two budget, two years apart' approach is that we are always increasing the cost of either doing stuff or building stuff. Yes - it takes money to run any corporation. But if the CIP is the beginning of the budget cycle, your current council (2010-2013) just approved building stuff, while the next council (2013-2017) will have to deal with the costs that building stuff is going to have on doing stuff. This council approved approximately $65M in capital projects, but this means that the next council will need $1.3M extra in the operating budget to operate and / or maintain these capital projects. The process is disconnected. The same council should be considering the costs involved with doing stuff and with building stuff since they are not mutually exclusive. Instead, Council - incumbents and newbies - won't consider the operating impact of these decisions until the fall of 2014.

I am not advocating for one amalgamated budget (not possible) or one budget session (unrealistic). However, I am saying that we ought to examine the best practices of other cities, to establish a process that does not disconnect our decision-makers from the consequences of their decisions. The budget process is about community and economic stewardship; grow the community in the manner we require and can realistically maintain, but do so in a financially practical, responsible and accountable manner.